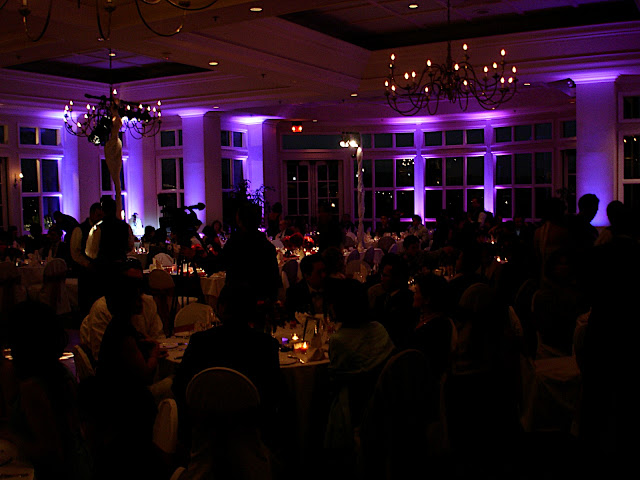 As Hollywood movie makers have known for years, lighting creates drama and visual impact. Lighting can completely change the look of a person, an object such as a centerpiece or an entire room. Uplighting for weddings has become a huge trend in the past several years.

So, what exactly is an "uplight"? It is a specialized light that is placed against a wall and pointed towards the ceiling. Several lights around a room create a unique look as the colored beams define the area and become an eye catching backdrop for any special event. 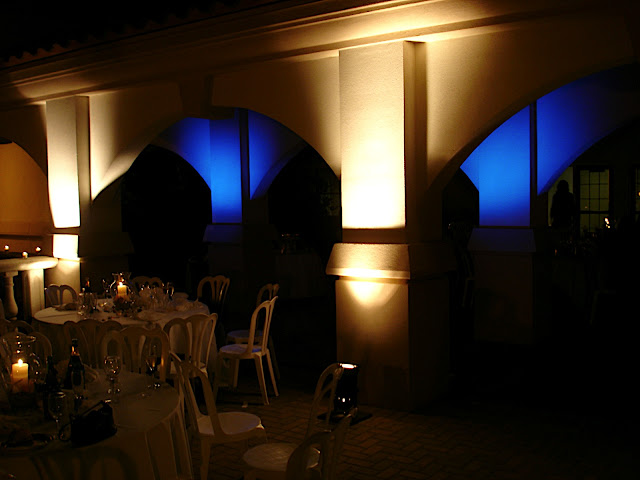 There are several types of uplights and it is important to know which one you need. It gets a bit complicated but I'll try to make it simple:

Par cans- or "cans" as they are called, are fixtures that use bulbs (incandescent lights). Kind of like an old school filament light bulb, only bigger and brighter. They use more power and get hotter than LED based lights.

Cans come in a variety of sizes- Par 38, Par 56 and so on. They also come in a variety of power consumptions from 125 watts to 500 watts. Colored "gels" or filters are used, sometimes in combination, to create the desired color. Important disclaimer: Any fixture near 300 watts or more will get hot enough to burn fingers. 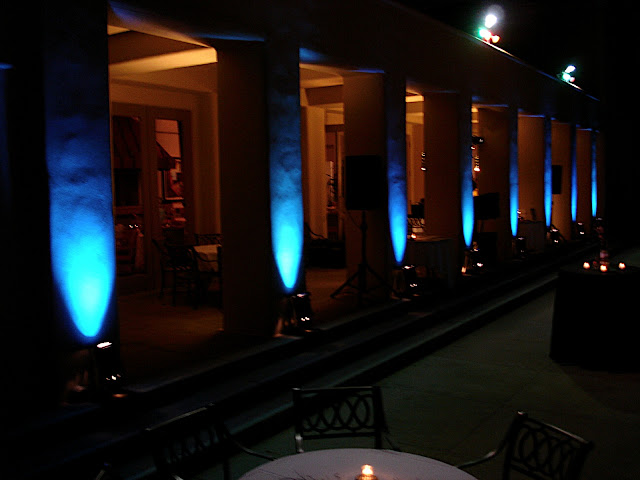 LED stands for "light emitting diode". Most LED lights are about the same circumference and also have a power range, generally from 10 to 50 watts each. The diodes emit a lot of light using much less power than traditional cans.

Color "mixing" may be more difficult for LEDs than for cans. Primary colors will look fine but mixed colors like Amber (red and yellow) may be splotchy or streaky. Pastel colors can be a challenge unless the lights are the newest, upgraded RGBA or single diode lights. Big advantage: LEDs stay cool, even after extended use and are safe to touch.

Both Par cans and LED uplights can vary in their "beam angle". The light beam they produce can be very tight- 10% or more of a wide flood- 30% or more. This will affect how the light looks on the wall. For example, a tighter beam will give you a more intense, deep color but a narrower beam.

Both lights have variations in their ability to "throw", that is, how far the beam will travel. If you have high ceilings or lots of ambient light in the room, you may want a more powerful uplight with a longer throw. 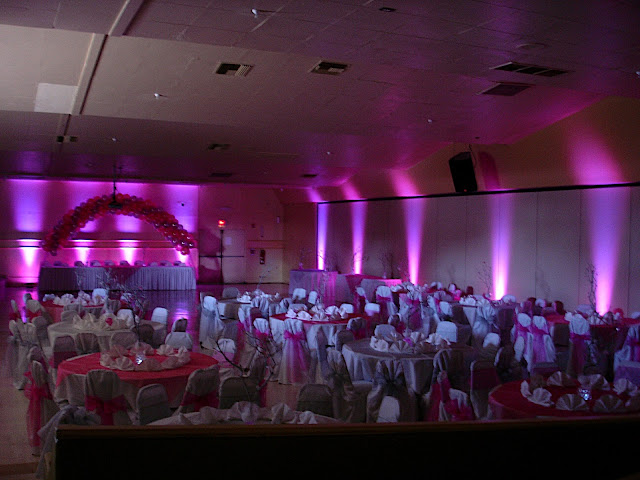 Each light has it's pros and cons depending on the application but it seems LEDs are becoming more and more popular. Probably because of the safety factor and because they require much less power.

Bottom line: Before you make a decision, go see the lights you are considering with your own eyes prior to purchasing or renting them. It is the only way to truly determine how they look and if they will give you the ultimate results you want.

All pictures on this page are property of The Wedding DJ/DJCraig.Net and are not to be used or reproduced without permission.
Posted by "I have never seen the same wedding twice!" at 10:32 AM

Oh my god, this is fabulous …….. Well deserving of the award. It can capture everyone’s attention. This is so beautiful! It always has such gorgeous photos. Great thanks to the wedding photographer. These beautiful surroundings make a wedding much more personal, intimate, and unique. I'm not usually a fan of purple but I think these images have changed my mind. All I would need is a fork and I would be in heaven... thanks for sharing.
South Coast NSW hotels

This wedding was gorgeous and the reception just top it off perfectly with purple uplighting never seen that before i think its great love the idea.

Thanks for this information about wedding dj red deer ab. This is so great. Nice one photograhper keep it up, Thanks for sharing!

Thanks for the great post on your blog, it really gives me an insight on this topic.